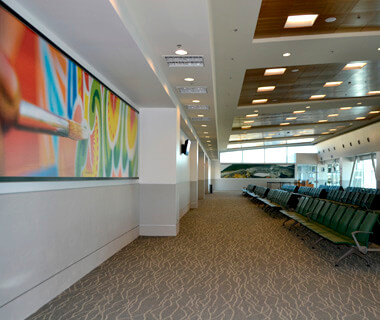 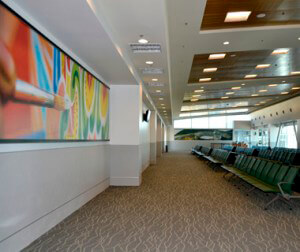 Exploring Costa Rica’s ecological charms once required routing—and often looping back again—through the capital, San José. No longer. With the opening of this terminal in the northwestern Guanacaste province, visitors can more easily hop a flight on a major airline and get faster access to Tamarindo beach, the Nicoya Peninsula, and three nearby national parks. In keeping with Costa Rica’s green sensibilities, airport planners installed several energy-saving features. At check-in, passengers are cooled by Big Ass Fans (the proper name, believe it or not) rather than air conditioners.

Kudos For: Ditching the assigned ticket counters. Any airline can operate at any ticket space or gate location via common-use terminal equipment (CUTE) by logging on at the workstation—a technology spreading to airports worldwide.